With Moodle 3.6 now available, many of our clients have been in touch with us to talk about upgrading their sites. On the face of it, upgrading Moodle from one version to the next is easy and should typically only take about 15 minutes. If it really is that easy why would our customers employ us to do it for them?

The answer is that although upgrading Moodle is relatively easy when you only have the core to deal with, just about all ‘real-world’ Moodle installations include a number of integrations and plugins. For example the top two themes at moodle.org were downloaded over 100 thousand times in the last 12 months and it is not uncommon for new versions of Moodle to require an update to themes. Other common plugins include plagiarism detectors and single sign on systems.

Even the cloud offering from Moodle HQ includes ten additional plugins and the chances are that your installation has at least a few plugins and integrations and probably a custom theme. You need to be confident that your non-core code will work with the new version of Moodle. Upgrades require planning, practice and knowledge. 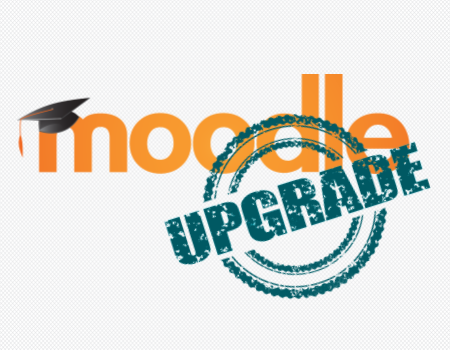 The secret to successful Moodle upgrades is to practice on a test site more than once before you do the real thing. Ideally it should be an exact copy of your live site, though a scaled down version is acceptable. Although upgrading Moodle can be done from the web interface I recommend doing it from the command line as there is less chance of a timeout.

Many web applications allow you to copy new code over old but that is a bad idea and Moodle will throw an error if you try that. You need to rename your old Moodle folder, download the new version and then copy over your old plugins. You should backup your database before you start because you absolutely cannot uninstall a version upgrade. If you have a backup you can “wind back the clock” if something’s gone wrong.

Almost nobody uses every feature of Moodle, but everyone interacts with the themes, so if you have a custom theme you need to be sure it will work with the new Moodle version. That should include mobile devices as well, at minimum the latest versions of Android and Apple iOS.

If you are using only well maintained plugins they shouldn’t cause any problem, but if the developers have only tested them with versions of Moodle from several years ago you may face the decision to “abandon or adapt”. Just because the developer has not confirmed it runs with the latest version doesn’t mean it won’t. I recently decided I wanted to write about an excellent plugin called ‘heatmap’. The plugin site said it worked with Moodle 3.4 but didn’t mention 3.5. I contacted the developer and he updated the record to confirm it worked with 3.5. You can do the same.

Don’t assume that because a plugin is linked to a commercial service it will work with the latest version of Moodle. You might think that because you are paying for a service you have additional leverage but it doesn’t always work like that.

Once the upgrade is complete get some test users to give the upgraded system a smoke test (a system is working fine if no smoke comes out of the wires!). When planning your upgrade try to identify some power users. For example people who make extensive use of the quiz or forum modules. They should have a script of typical activities in your organisation. This could be creating assignments, uploading submissions, marking the assignments.

Upgrading Moodle is easy, upgrading real-world Moodle with integrations is complex. Why not get experts who do it all the time to take away the worry? If you’d like to talk to us about a Moodle upgrade, or anything else related to e-learning, you can book a quick demo with one of our team here: