5 ways artificial intelligence can be used in eLearning 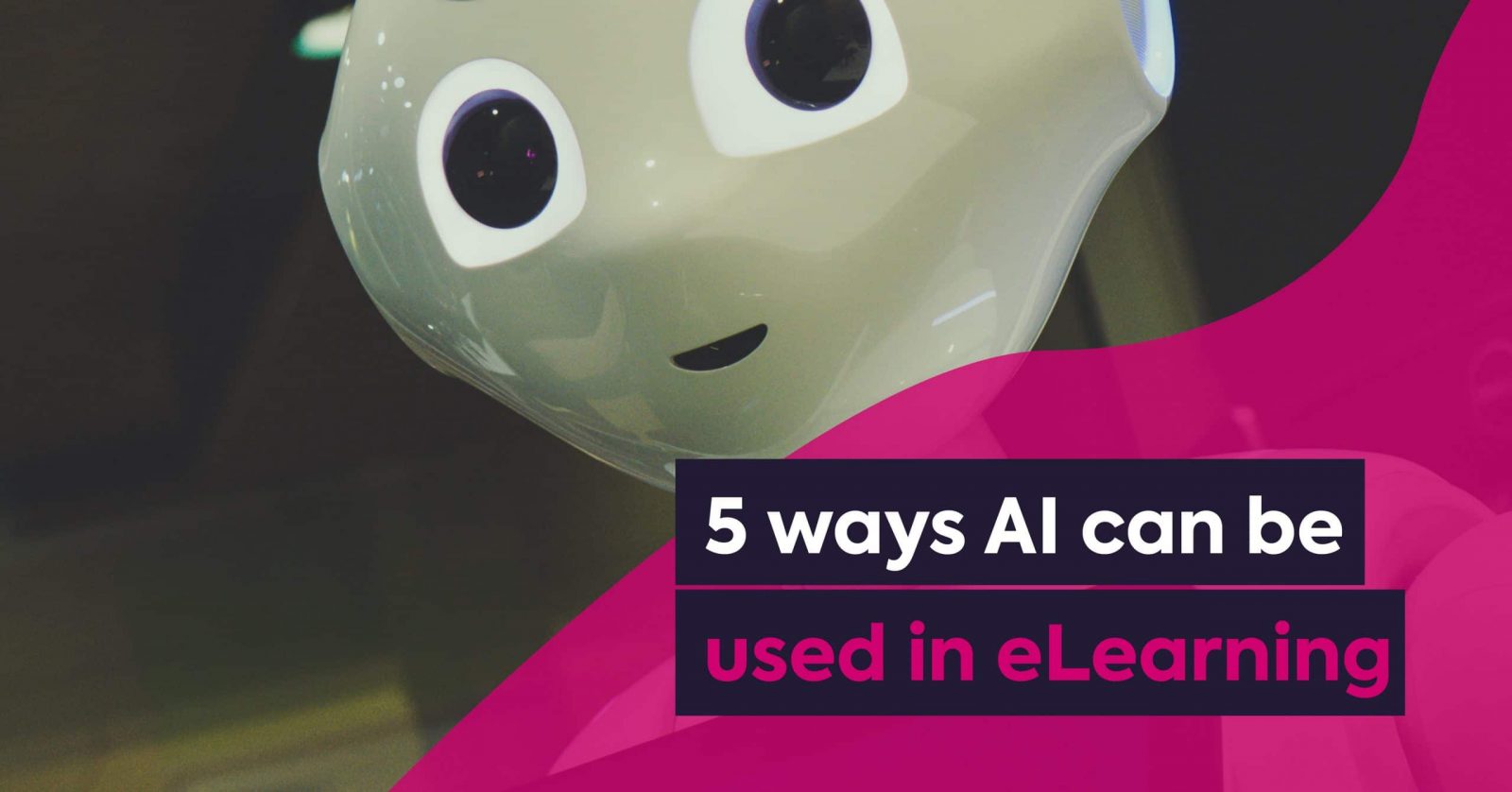 Automation is big news at the moment. Rapidly advancing technology promises a world in which many tasks that are traditionally performed by humans, can be taken over by artificial intelligence.

What does this mean for teaching and learning?

It seems unlikely that we’ll see robots replacing teachers at the front of the classroom any time soon, but in what ways could automation, and particularly artificial intelligence, impact the education sector?

We’ve looked into a few areas which we think would benefit most from a helping hand from our AI friends.

One area where computers excel in relation to humans is their ability to quickly analyse large data sets. With the amount of data being produced by current e-learning technology rising, it can be a challenge for teachers and administrators to make sense of it all.

Where artificial intelligence could really make a difference is in spotting patterns or trends and highlighting these to an appropriate user, who can then interpret the data and decide on a course of action.

One example would be an automated system which monitors student data to alert staff to individuals who might be experiencing problems, whether that’s falling behind in assessments, changing patterns of behaviour or issues around attendance. This would allow staff to intervene earlier, potentially avoiding a problem becoming more serious.

Most modern learning management systems allow teachers to create conditional activities, which present different options to the student depending on their achievement in previous tasks.

Advanced AI systems would be able to take this further, creating new activities on the fly, according to a students achievement so far, as well as curating and signposting content for further revision.

As well as acting as a personal assistant for the student, the AI system could also report back to teachers and parents on any areas of concern, allowing them to target their support to the areas where it was most needed.

We’re already seeing companies take advantage of simple automation in grading, such as the self-marking quizzes popular with Moodle users, and many organisations are successfully deploying software to detect plagiarism in student submissions.

As artificial intelligence develops further, it’s likely that we’ll see the automation of more complex tasks, such as grading written submissions such as essays and presentations and providing feedback to students on how they might improve their work.

Around the world, many students still suffer from a shortage of qualified teachers. We’ve seen innovations such as MOOCs open up virtual classrooms to learners around the world, but without guidance, even the most motivated learners will struggle to take advantage of the content on offer. Artificial intelligence could plug this gap by providing a more directed learning approach, which is personalised to each student.

Unlike human teachers, of course, AI assistants can be avilable 24/7, and support thousands or hundreds of thousands of learners simultaneously. While this is not an exact replacement for face-to-face teaching, it could provide an important level of support where access to educational infrastructure is difficult.

Recently many column inches have been devoted to the issues surrounding automation – particularly the threat to people’s jobs. The teaching profession, however, is generally identified as being at little risk of replacement by AI.  A 2015 study by researchers at Oxford University and Deloitte, reported by the BBC, found that the likelihood of teachers’ jobs being automated is among the lowest  (http://www.bbc.co.uk/news/technology-34066941).

What artificial intelligence does have the potential to do is to change the way teaching is done, and to free up time for teachers to spend on the more ‘human’ side of the profession. Many teachers we speak to express frustration at the amount of their day which is taken up with administrative tasks, preventing them from teaching effectively. If artificial intelligence can increasingly shoulder some of that burden, then that balance can shift in the right direction.

To learn more about how Titus is helping organisations streamline learning by integrating systems and promoting automation, please get in touch.