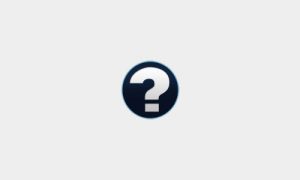 It’s a curious fact but more than three and a half years after Moodle 2.0 was released, the majority of registered Moodle sites are still using Moodle 1.9.  Whilst the veracity of the statistics Moodle HQ have been provided with may not be completely accurate (the registration of sites is voluntary, and it is questionable how many ‘older’ 1.9 sites are still actively used) it is clear that a significant number of Moodle admins have opted to remain with what they consider the safety of Moodle 1.9.

It is encouraging to see that in the past 2 months almost three-quarters of Moodle downloads have been for 2.6 (these download figures are much more accurate as they count actual downloads from Moodle HQ). As you would expect, new users have no real reason to opt for an older version of Moodle and will typically grab the latest stable release. Whereas new users are opting for the great features of the newer Moodle releases, the reluctance of some site admins to move away from 1.9 is disconcerting.

So what are the top 5 reasons Moodle 1.9 is so popular?

If it ain’t broke….yes, unfortunately it has to be said that there are a number of Moodle sites that are still running 1.9 because they don’t necessarily need to upgrade. With continued support for Moodle 1.9, albeit unofficially, those that are happy that 1.9 caters for their needs have no need to upgrade

One of the most disappointing aspects of the early Moodle 2 releases was the lack of a simple upgrade process. The negative publicity around this, caused by issues that even well known Moodlers struggled with at first, has somewhat stuck. The fact is that upgrading from 1.9 wasn’t as easy as it could be and that has put users off that might not know about the improved scripts released since

This one is a bit more tangible. Minimum browser requirements for Moodle 2 included IE7 at a time when quite frankly many institutions, and their users, had yet to see sense and were still using IE6. Perhaps more importantly, widely-used 3rd party plug-ins were not all updated, and those that were took time to be re-written for 2.0. Users were reluctant to lose features when they were meant to be ‘upgrading’ and even though most users will have now upgraded their browsers, once again any initial impetus to upgrade was lost

You know the drill. There are a cohort of users that love Moodle, want the latest features as soon as they can get hold of them and will avidly put aside any slight issues for the greater good of being able to use their new toy. Then there are the rest. Those that need dragging to training sessions and need spoon-feeding the smallest of updates so as not to confuse them for the rest of the week. Perhaps that’s slightly exaggerated, but you get the point. Training requirements for a system of Moodle’s complexity can’t be underestimated, and it remains one of the reasons why some sites won’t upgrade…it would be too time consuming, and carry with it some risk, to upset the applecart and retrain all staff members on the new Moodle 2 features

For those of us that are active with Moodle and keep up to date with current developments, it might seem strange to think some Moodlers are not aware of Moodle 2 or why they should consider upgrading.  But there are many users that installed Moodle some time ago and, because “it does it’s job”, they use it for what they always have (perhaps only as a glorified file repository).  It’s also the case that many 1.9 users simply aren’t aware of how good Moodle 2+ is. They might complain their 1.9 isn’t easy to use, or moan about the look and feel, but don’t know that they should be looking out for enhanced features like drag-and-drop and the interface improvements in Moodle 2.  Unfortunately, with some of the pizzazz of Moodle 2’s release now lost, and the community focus moved on to the latest releases, those yet to upgrade don’t know what they are missing and don’t know where to look for guidance.

[button link=”https://www.tituslearning.com/contact-us/”]If you’re using Moodle 1.9 and want to discuss an upgrade to Moodle 2 (including the latest Moodle 2.7 release) then get in touch[/button]

Induction Training - Everything you need to know

Training for retail - what to cover

What's the difference between an LMS and a CMS?

We specialise in providing innovative e-learning services for workplace learning, education providers and training companies around the world.

Our latest eBook looks at how workplace learning is changing, and how you can stay ahead of the game.