We’re incredibly excited to announce our newest team member, Stuart Lamour. Stuart joins us a Moodle Developer, and he is perhaps most famous for being one of the lead developers of the Moodle Bootstrap theme, on which all Moodle themes and plugins are now based. Below he talks about his experience in working in the education sector, what he’s looking forward to when working with Titus, and his out of office interests.

How long had you been working in the education sector before joining Titus Learning, and what attracted you to working in education?

I was lucky enough to grow up with computers and learned to code in basic on a BBC Micro at school, and a Commodore 64 at home. We had an after-school computer club where we shared things we had been experimenting with and helped each other. While there wasn’t any such thing as cyberspace or the internet at that point, that sharing culture of collaborative learning has stayed with me to this day. We made games for each other – mostly based around learning topics, so that’s probably my first experience! 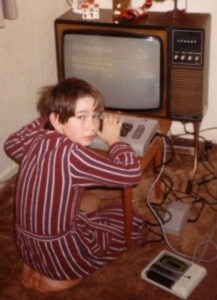 Having studied Graphic Design at Leeds and worked for design firms in the digital field during the 1990s creating some interactive DVD-ROM projects for learning I became more and more interested in the code for digital design. I went back to university in 2002 to study Computer Science & Artificial Intelligence at Sussex, where I expanded my self taught coding skills learning to build neural networks, databases, compilers and understand the theoretical aspects behind computer science and AI.

In 2008 I was fortunate enough to join the e-learning team at Sussex with Carol Shergold, John Davis and Paolo Operadi to learn Moodle from a third perspective – as a developer and administrator. We worked closely with the HCI department at Sussex where Graham McAllister’s lab enabled us to do some fantastic user testing and research. I really loved how our research and shared experiences enabled us to create user-centred digital services in Moodle which solved the problems learners and teachers had. We did some great projects including a video repository with Lecture Capture and online recording using Opencast, and integrating reading lists from Talis.

In 2011 – working worth Bas Brands and David Scotson – we created the first Moodle Bootstrap theme, which all Moodle themes and plugins are now based on. Introducing a modern framework as a base for Moodle massively helped Moodle move forward in its code quality, usability, accessibility and overall UX.

I’ve been so lucky in my career so far to work with so many global organisations including The Government, The BBC, ARUP, MoMa, The British Museum and other museums and galleries in the aspect of education inside a VLE and in external apps or products. I love seeing the results of projects where you realise you’ve been a part of making the tools that create these fantastic learning experiences and I’m really excited at the opportunity to help clients and partners at Titus achieve their aims.

What was it that attracted you to the role at Titus?

Titus has a great collaborative relationship with its clients, and a fantastic team of experts that understand clients’ needs in depth. Working with such an expert team and as a multi-territory Moodle Partner is going to be really exciting.

Which areas of educational technology interest you the most?

I guess I’m mostly known for my work in user experience (UX) – successfully turning digital services from something people have to use, into something people actively want to use. UX goes beyond the visual design plane to focus on product and service design.

I love engaging in every aspect of user-centred design, from identifying the user needs and pedagogical approaches to branding, reducing the number of clicks needed, micro interactions, to icon design. I’ve been part of pretty much every aspect of Jesse James Garnet’s chart and love applying UX research, practice, and processes to help improve online learning. For me, great UX is as much about how a product ‘feels’ to use as it is easy to use (as well as making it look amazing).

Gamification is something we have seen applied really well in products such as Duolingo, Futurelearn and Treehouse, but it isn’t as easy to do in Moodle. I’m a gamer myself, as are my 2 kids, and we all love those cognitive triggers which motivate us to put a little more effort into achieving goals. I’m interested in the intrinsic motivational (single player) and extrinsic (multiplayer) patterns of gamification and how we can build these patterns into our online learning.

Artificial intelligence, machine learning, data science and analytics offer so much to us these days, but it’s important to focus on qualitative data as much as quantitative data. Qualitative helps us understand why patterns occur. Through working on a number of AI and data science projects I’ve found the most difficult part was turning big data into actionable outcomes for learners and staff. Providing useful data and bridging that gap from AI, data science and analytics to meaningful actions learners or staff can understand themselves is a big challenge.

What are you looking forward to about the new role?

I’m looking forward to working with the talented people at Titus and the wide range of clients we have. As the company is a certified Moodle Partner, I’m also looking forward to contributing back open source code to the Moodle project and improving online learning for everyone.

The Big Web Show – https://5by5.tv/bigwebshow – Jeffrey Zeldman always has great guests for anyone interested in the future-friendly web.

Kim Goodwin, Designing for the Digital Age: How to Create Human-Centered Products and Services – http://tiny.cc/u0xp5y –  a highly detailed masterclass you’ll dip into and learn from again and again.

Tom Ravenscroft on 6 music – https://www.bbc.co.uk/programmes/b00slvl3/episodes/player – I grew up with John Peel and as an adult, I equally enjoy Tom Ravenscroft’s eccentric and impassioned tastes.

What are your interests outside of the office?

Most of my non-work time is being a dad – football club, Pokemon Go, making games from scratch and building Mario/Sonic/Yoshi games in the real world using Lego. I’ve always been pretty bad at skateboarding but I’m getting better.

I’m a massive sci-fi/fantasy nerd – Ursula K. Le Guin, Jodorowsky and Jean Giraud are my favourites and I get through a lot of books, graphic novels and comics.

I also really love music. It’s expensive to go to London to see bands so some friends and I put on bands in Brighton. I’ve been a part of this collective since 2004 now which has led to some weird things including Franz Ferdinand and LCD Sound System personally inviting us to DJ at their shows. I’ve never had any training in playing an instrument myself but I’ve picked it up as I went along and I’ve been involved in making remixes for bands including The Prodigy and Pulp which I still get royalty checks for.

Most recently we did some music for a documentary series on Viceland.com.

Along with the corporate design, I enjoy getting involved in pushing the edges of digital experience and I have collaborated with a number of record labels and fashion designers to create multimedia installations, including the first ever video shot on the Microsoft Kinect and the first ever augmented reality fashion show. 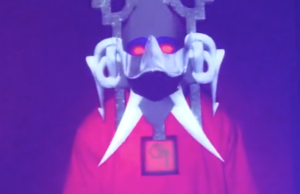 If you could pick up a new skill in an instant what would it be?

Learning languages. I’m dyslexic and I‘ve always struggled with this, so I would love to be able to speak to my friends from around the world in their language. Duolingo has helped, but I’m still pretty nervous and would back anyone on Kickstarter developing a real-world Babelfish. 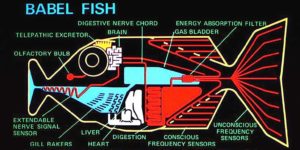 – The Babel fish is a small, bright yellow fish, which can be placed in someone’s ear in order for them to be able to hear any language translated into their first language – Douglas Adams

(The Babel fish is a small, bright yellow fish, which can be placed in someone’s ear in order for them to be able to hear any language translated into their first language – Douglas Adams)

Also being able to beat my son at Mario Kart would be handy, but I realise that is never going to happen.

Do you have any favourite quotes?

I’ve always loved reading, so this expresses a lot for me in a much better way than I ever could:

“What an astonishing thing a book is. It’s a flat object made from a tree with flexible parts on which are imprinted lots of funny dark squiggles. But one glance at it and you’re inside the mind of another person, maybe somebody dead for thousands of years. Across the millennia, an author is speaking clearly and silently inside your head, directly to you. Writing is perhaps the greatest of human inventions, binding together people who never knew each other, citizens of distant epochs. Books break the shackles of time. A book is proof that humans are capable of working magic.” – Carl Sagan

Stuart is going to make an absolutely fantastic addition to the Titus Learning team, and will add a huge amount of expertise and skill to the projects we work on.