Moodle Appreciation Partner of the Year

We are incredibly happy to announce that at the first-ever MoodleMoot Global, Titus Learning was awarded the Moodle Appreciation Partner of the Year award, an incredible achievement in recognition of Titus’s work in promoting Moodle Workplace since its launch.

MoodleMoots are community-driven events with the purpose of bringing Moodle users together to share ideas, work together on development projects and help with improving the knowledge of all things Moodle. Knowing the benefits that these bring to Moodle users, Moodle HQ began to support their growth and organisation. We’ve always been huge advocates and fans of the various worldwide MoodleMoots and have an incredible time no matter which one we attend, with this year alone attending MoodleMoots in 3 countries worldwide; Spain, Japan and the UK. That’s why we were thrilled to find out earlier this year that Moodle would be hosting the first-ever MoodleMoot Global. 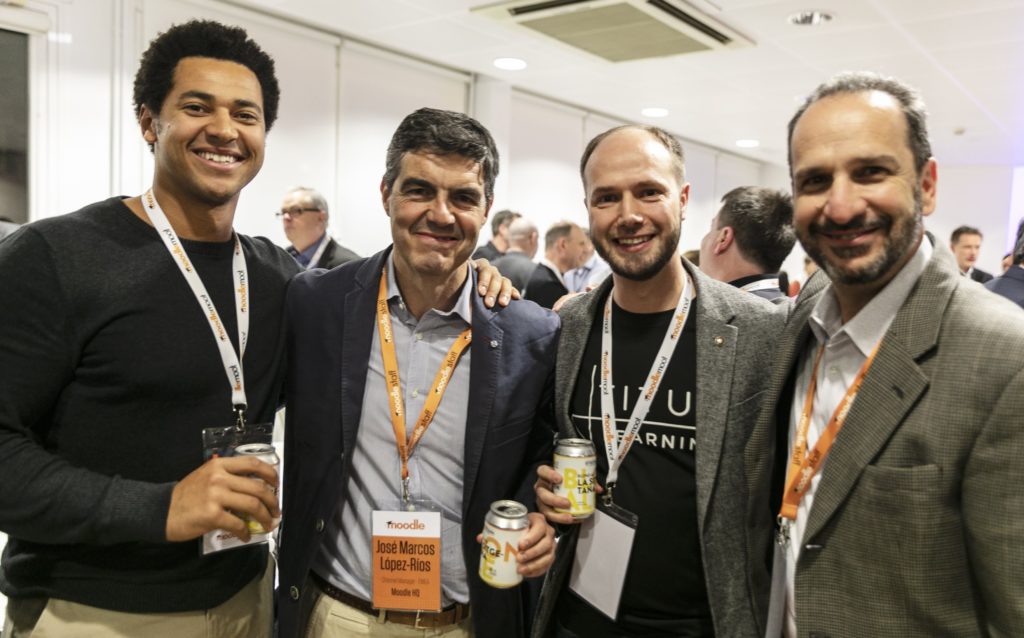 The three day conference was a huge success with participants arriving from 40 different countries worldwide. The event was split into 3 action-packed days with the first day being a series of hands-on learning workshops, the second day focused on keynotes and sharing Moodle knowledge and the final day tackling the question of future proofing Moodle. Our own senior developer Marcus Green presented a total of 4 presentations across the conference, covering topics from ‘How to become a plugin developer’ through to ‘Mobile compatible plugins’.

The event was fantastic for us purely because of the people that we met and the sessions that we attended, but it was made even better through the news we received on the second day. Earlier this year Moodle announced that for the first time ever there would be a series of awards available for the various different Moodle Partners to compete for, and we were incredibly happy to find out that we were awarded the Moodle Appreciation Partner of the Year award. The award recognises the partner that demonstrates persistence and resilience on capitalising Moodle’s new initiatives, and as Titus Learning has been a champion of Moodle Workplace since its release, it’s a fantastic achievement to be awarded this.

Finally, a huge congratulations to all the other winners! You can find a full list of them here – https://moodle.com/news/announcing-moodle-partner-awards-winners-2019/

To speak to the Moodle Appreciation Partner of the Year about how we can help you with your LMS requirements, please get in touch on the button below: